I was lucky enough to be given the chance to try out the Zenbook UX490 for a couple of weeks last month, and I promised you an in depth (and honest) review. I would like to start off by saying that I thought the transition from Macbook Pro to **any** Windows laptop would be traumatic and difficult, but the ASUS made it ridiculously smooth. This brings me to one of my favourite elements on the ASUS: the super responsive trackpad including fingerprint sensor. You can customize the trackpad so that all of the gestures you’ve become accustomed to on the Macbook are available on the ASUS too! It might sound like a non-issue to you, but it was one of the small details that made such a big difference to me. In the past when I’ve borrowed my dad’s laptop, it’s been an all round uncomfortable and frustrating experience when it comes to the low functioning trackpad that so many of those (lower end) Windows laptops have. The fingerprint sensor also just makes life a lot easier, signing in and out was a breeze. 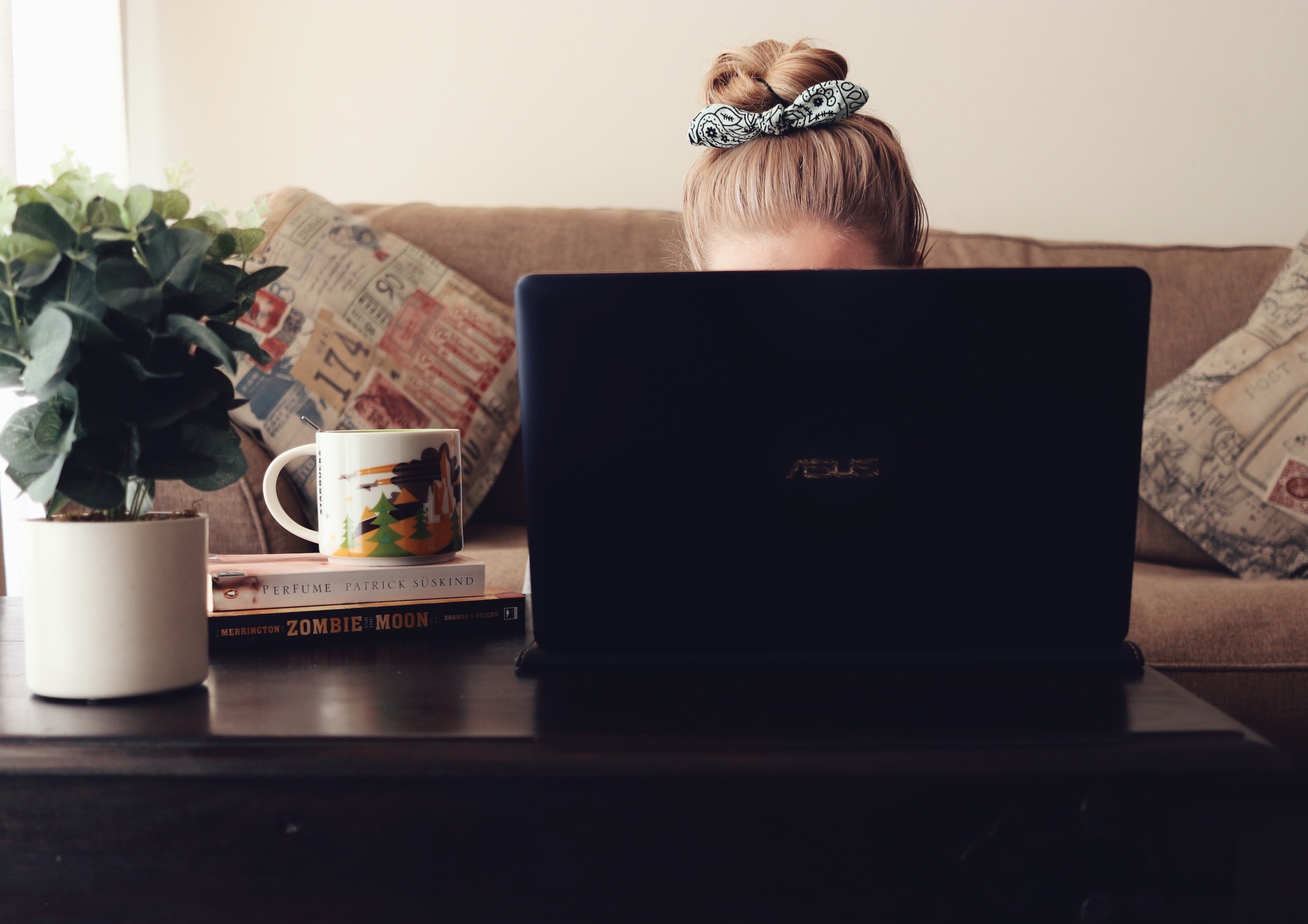 Before I dive any further into the inner workings of the ASUS, I do need to highlight how beautiful this machine is. The colour combo I got was royal blue with gold trim and accents, I was also told that there is a rose gold edition which is stunning. It’s so slim, slimmer than anything I’ve ever held or used. It’s not as chunky as my Macbook Pro, and a few times when I had it in my work backpack I was convinced I’d left it at home. It’s so light that I wasn’t even aware of its presence in any bag. You might be worried that it’s maybe too small? Well, I never ever looked at the screen and thought that it needed more space. Considering the fact that I was switching over from my hulking 15inch Macbook, it’s impressive that it never felt too “little” for me. The lightness and portability were game changers though. I travel a lot in addition to the fact that every single night I have to pack a backpack full of stuff for work. The ASUS cut down so much weight and bulk, it was hard going back. 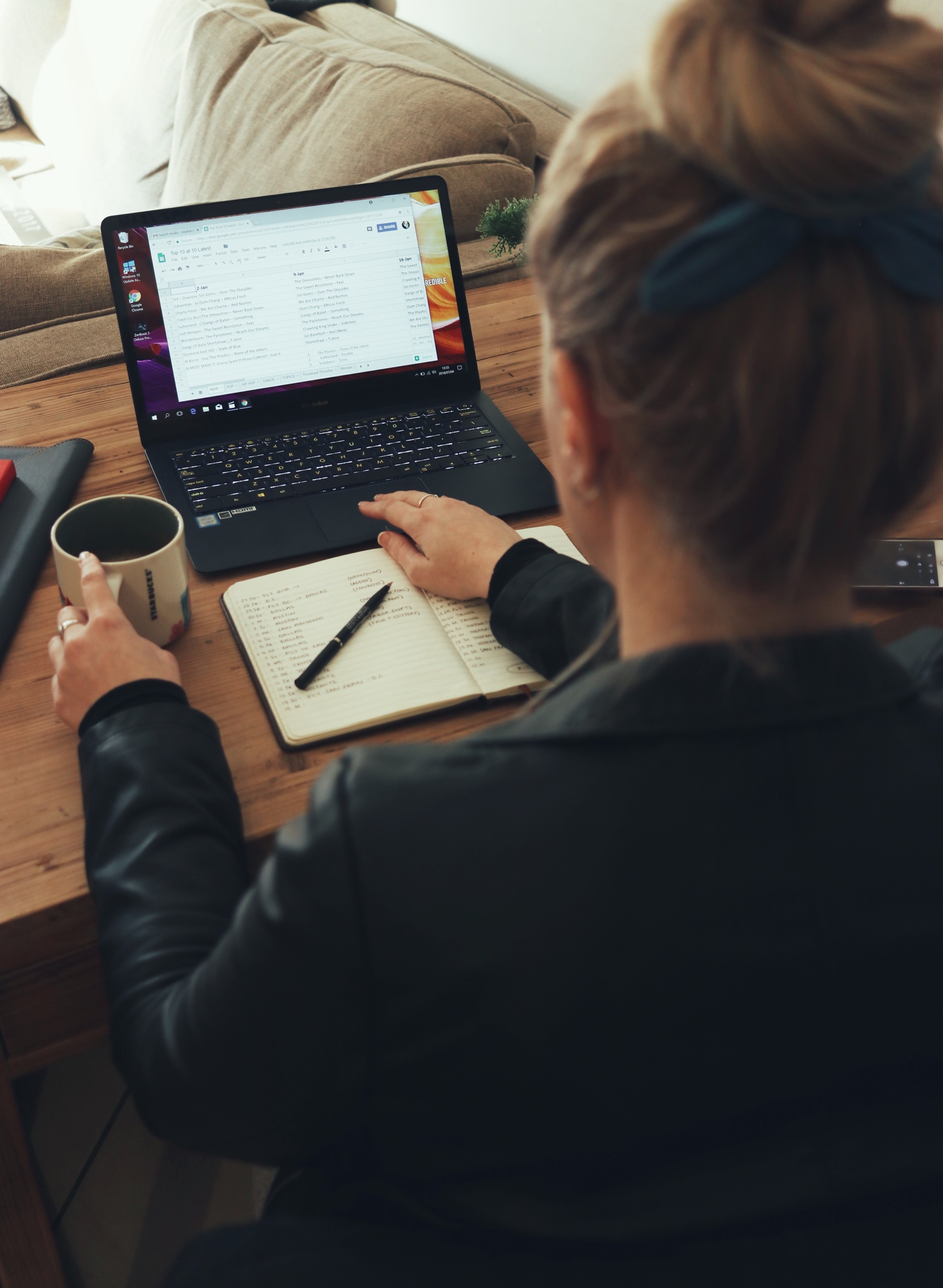 It isn’t just its size that is impressive, but also what they were able to cram in to such a small device! You get 512G storage, which is exceptional in a laptop of its size. The display is crystal clear, and I could work inside without scorching my retinas, and work outside without having to squint – the screen brightness worked perfectly in all environments I tested it out in. Charging was also a highlight! It might be a weird thing to mention, but I’m one of those people whose laptop/cellphone are always moments away from battery death. I forget to charge my devices all the time! The UX490 was charging to about 60% of its battery in under an hour. If I had it charged up to a full battery, I was getting anywhere between 6-7hrs of use. The screen brightness actually seemed to be the biggest deciding factor for me when it came to how long the battery lasted. I used the most intensely at night (when your screen is usually dimmer), so I got great lasting power out of it. 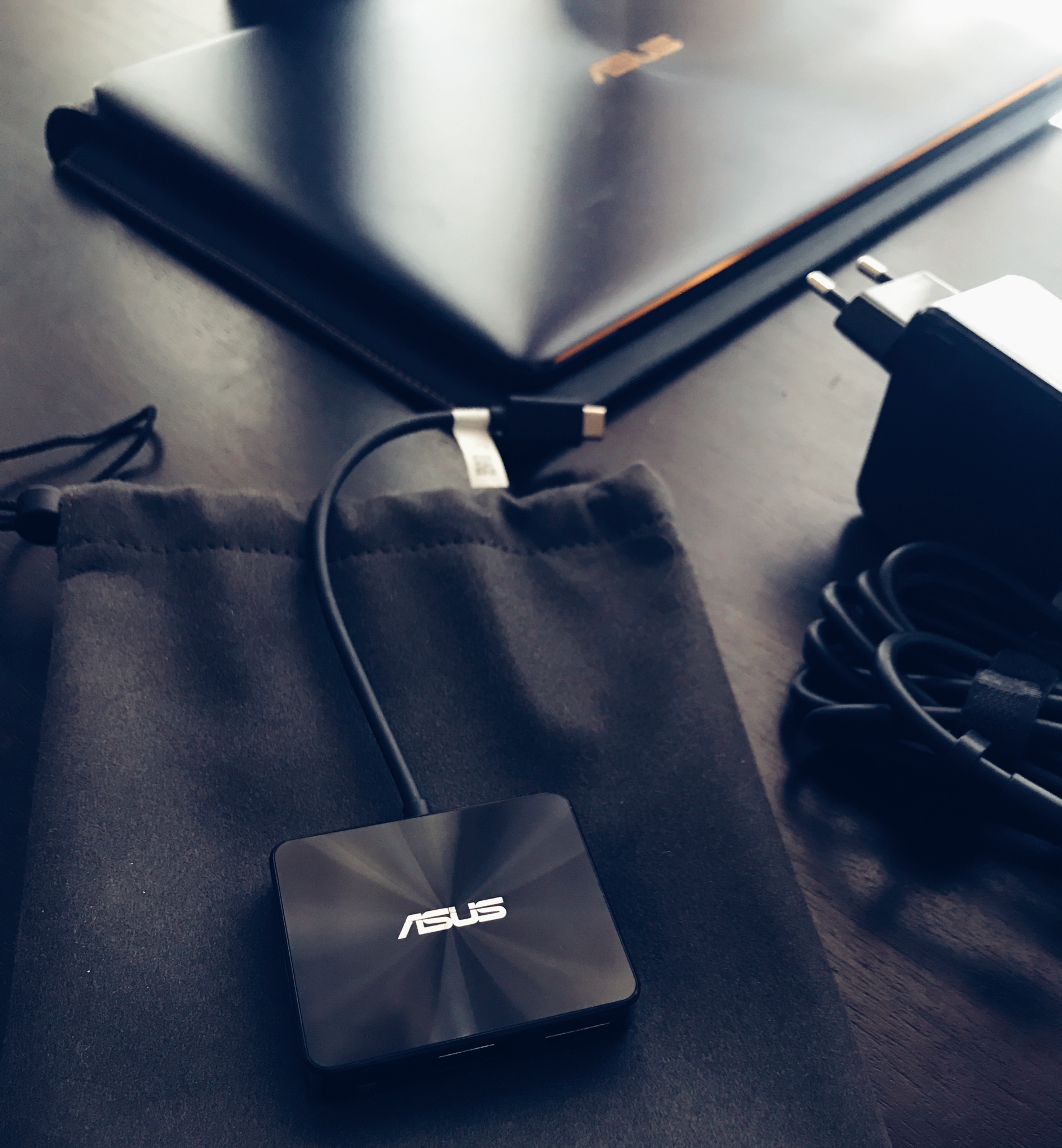 This high end laptop also came with its own laptop sleeve, as well as adaptors, which was a nice bonus touch. It charges via USB type c, which is supposed to be the industry standard going forward. It does also mean that it’s incredible easy to charge the ASUS from a portable charger! Another surprise I got: the quality built-in speakers from harman/kardon. The sound has got to be the best I have ever heard from a laptop that small. 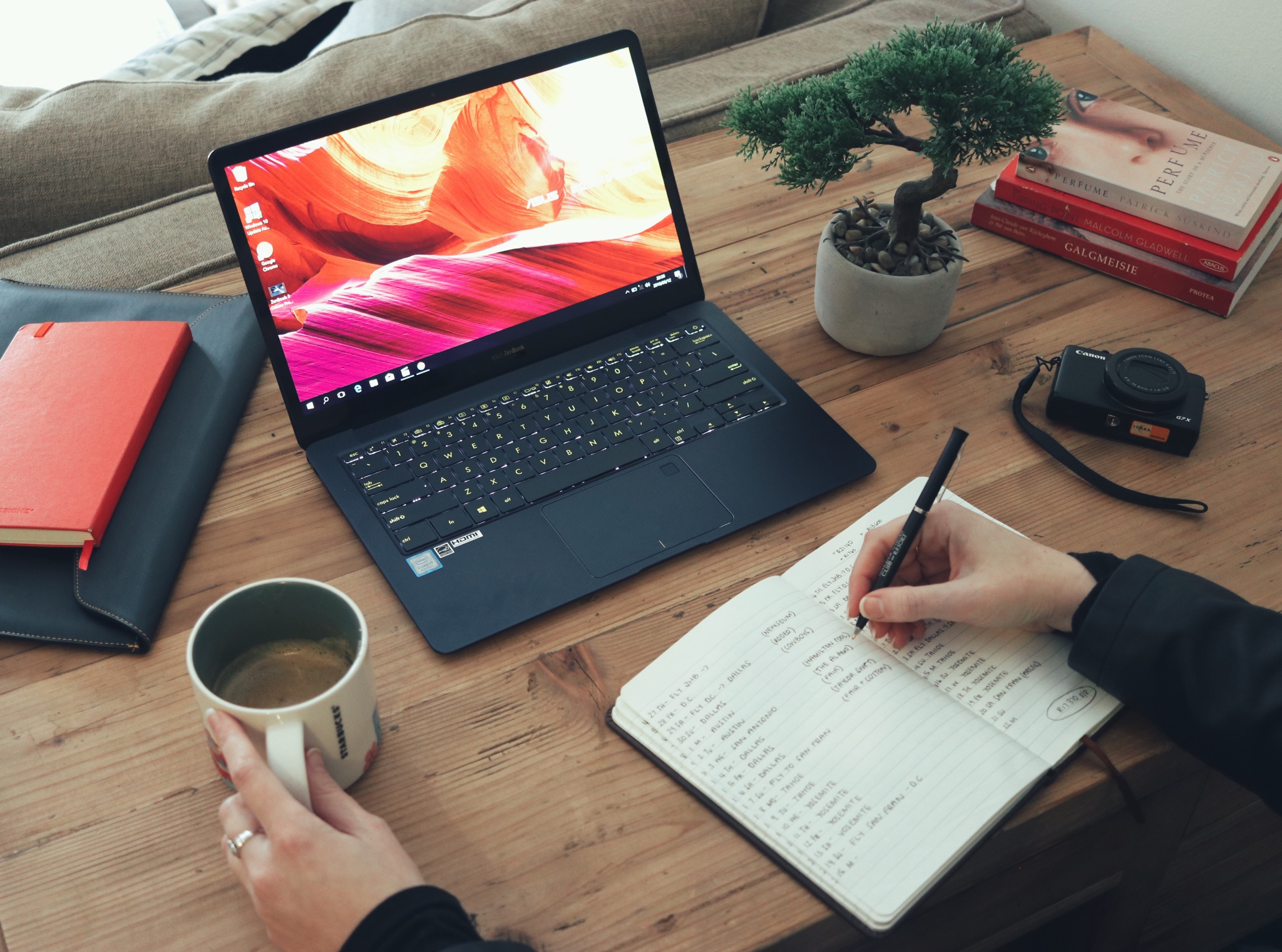 In short, the Zenbook UX490 delivers on performance, functionality and looks… something you’d expect from ASUS who have a reputation for making devices that provide a good balance. There’s no doubt that this laptop is thinner and lighter (and more attractive) than almost anything else I’ve seen, and I do feel like it dealt with every task I threw at it – from work to play.

- This is a sponsored post, but all words and opinions are 100% my own.