This music video absolutely cut me up the first time i watched it, and the song is just too real for words! I love that Lil Dicky proves that he can do more than just “comedic” rap, without it seeming insincere. This is probably his most sentimental song from his debut album, “Professional Rapper,” and by far my absolute favourite.

I was a little worried that the video might get a little cliché, sort of typical romantic drama movie style – but the ending really sold it to me. Brendan Urie is also just superb on the track, and they included him so well in the music video as the wedding singer. Put your headphones in, turn it up, and really listen to the lyrics.

London-based duo Oh Wonder make some beautiful music together, and their latest music video is beyond sweet. They held a fake casting for their new music video where dancers had to come in and perform for them, but the casting was the actual video too. Midway through their routines, the backdrop fell, and the dancers were surprised with confetti canons and an entire line of backup dancers with massive pale pink balls.

These poor dancers who were auditioning for the music video had no idea what was going on, but being performers, it didn’t take them too long to just sort of get into it and go with the flow. I found myself beaming throughout the entire music video because you could see that even though their audition didn’t go to plan, and they had a pretty serious curve ball thrown at them, they just sort of embraced it and it ended up being beautiful. It’s possible that i’m reading too much into this, but i feel like it’s a great metaphor for life… we can’t always  control what’s going on around us, and what other people do, but we can always control our own actions… if you’re willing to adjust your course in the face of serious and uncomfortable change, something amazing could be waiting on the other side.

The Tomorrowland 2015 aftermovie has been released – and this 20min long EPIC recap makes me both excited and anxious. This year’s headline acts included Axwell /\ Ingrosso, Martin Garrix, Dillon Francis, Armin van Buuren, Deorro and Blasterjaxx. I’m still not sure whether i could physically handle being in such close proximity to so many people for an entire weekend – but the video makes it look like a dream!

Tracklist for the official Tomorrowland 2015 aftermovie: As long as i can remember, when music went digital, so did the piracy. Digital music pirating got its first big start with Napster, and this was almost purely because the music industry just couldn’t keep up with the changes, and were stuck in the past specifically with regards to distributing the music.

However, in 2015 we have the option of cheap alternatives to illegal download services… and for the first time in the history f the music industry online music streaming has actually become a viable option! In all honesty, the way streaming works these days it’s actually so much easier to just stream rather than try and find a reliable torrent (and run the risk of being caught).

The only streaming service that has taken an active interest in the South African market is: Deezer. They have acknowledged (along with the help of Vodacom) that we have different needs down here

Deezer worldwide has 16 million monthly active users! Deezer also has a whopping 35 million tracks in its library which are available in more than 182 countries. Those are some seriously impressive numbers.

Even if you’re still a little unsure of the app, just download it and give it a try, you have nothing to lose… and about 35million songs to gain!

I recently got together with a few other music-crazy people to try and come up with some “ultimate” playlists. So if you’re looking for some playlists to get you going, this is a good place to start! Check the sneak peaks of the playlists below, click on the title and it’ll open the full playlist in a new tab for you. 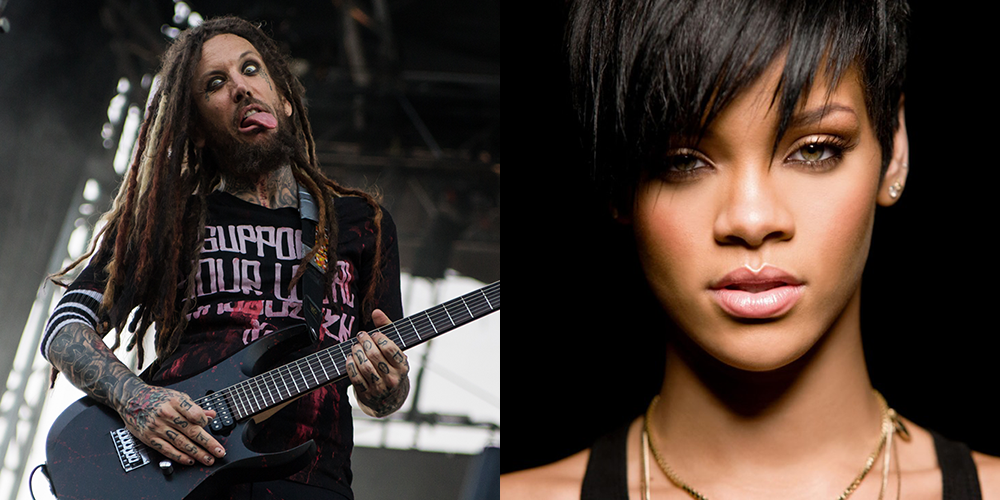 Korn have done the impossible – taken a sort of mid-tempo R&B tune into a heavy-metal thrasher! The band shared this version with the world via their YouTube channel this past Friday… and bizarrely, it works. Listen below, and decode for yourself: Rihanna – BBHMM (Korn Remix)

By now you should know that Deezer is pretty much killing it in terms of music streaming around the world at the moment – especially down here in South Africa where they’ve taken a special interest in us.

I recently got together with a few other music-crazy people to try and come up with some “ultimate” playlists. This week, it’s all about Hip Hop! It’s obviously super difficult to pick only 10 songs to define an entire genre… but we tried anyway.

Every now and again a song will feel like it’s speaking directly to me, and this is one of those songs for me! “I Am” is from AWOLNATION’s new album, “Run,” which was released a couple of months back on Red Bull Records.

In an interview i read done by Tim Commerford (bassist of Rage Against the Machine) of AWOLNATION’s frontman Aaron Bruno, Aaron explained to Tim how he came to write the song:

“I played you an early draft of the record,” Bruno says. “I would say it was a year too soon, probably, to show anyone. But I felt excited about it, and some of the songs were there, but I’d say 70 percent of the songs that ended up making the record hadn’t even been written yet. ‘I Am’ certainly hadn’t been written yet. And I remember being devastated from the reaction that you had. Not that it was bad, I could just tell your feeling was — in the nicest way, you were sort of saying, ‘It’s pretty cool, but you’re better than this. And I expect more.’ And [‘I Am’] was one of the next songs I wrote.”

It’s crazy to think that even someone as successful and talented as Aaron Bruno can also feel disappointed in himself sometimes. A nice reminder that musicians are just humans too, with the same human emotions we feel.

Watch the lyric video below: 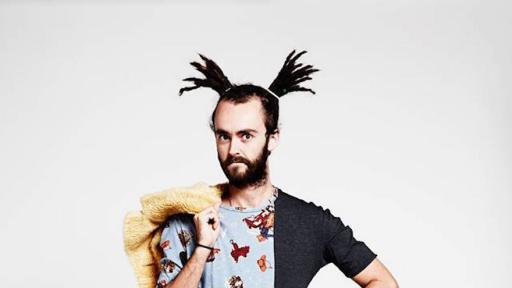 It’s the music video that pretty much everyone is talking about right now, so i figured that it should probably find itself a permanent home on here too. Thor Rixon, who is wildly creative and ridiculously talented has got a brand new track and insane music video to go with it.

I’ve played a few of his previous singles on my show, and it’s always been a trip. If you want to hear some more of his stuff, check out his Soundcloud: https://soundcloud.com/thorrixon

Just in case you were wondering, this is my exact brand of weird. Love it:

I can see Tim Noakes making this his get-out-of-bed-in-the-morning song! #FukBread

2CELLOS AKA Luka Sulic and Stjepan Hauser have a been doing awesome remakes of popular songs on their cellos for a while now – and this latest arrangement sees them taking on ‘Hysteria’ by Muse. To add to the feeling of the song, the video was filmed at a real mental hospital in Pula, Croatia.

For best results, listen to this video in at least 720p… i’d recommend headphones too if you have them available. Anything less than 720p doesn’t do the sound justice.